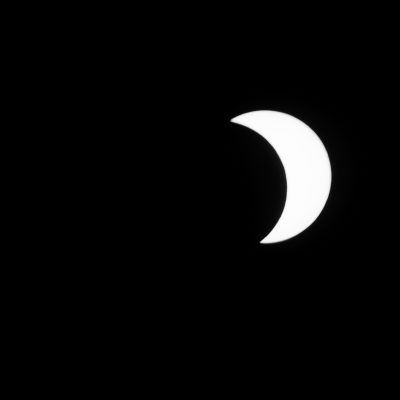 Watching the solar eclipse from Southern California. From here we could only see the partial solar eclipse (62%). Our team in Washington had more luck as they could see nearly the whole solar eclipse. But it was a great experience.

We were so impressed that we decided to have a Catch of the Day series about “Going Within”. As all of our Catch of the Day photos are taken by ourselves, I had the challenge to take pictures directly from the sun, which is normally not possible, because with viewing the Sun directly, looking at it through the optical viewfinder of a camera can produce damage to the retina, as of the brightness.
So what did I do? I used: