The Power of Eight – Harnessing the Miraculous Energies of a Small Group to Heal Others, Your Life, and the World

Lynne’s intention experiments – A thought isn’t just a thing, it affects other things!

For many years, Lynne has been running global intentions experiments. She wanted to test the power of thought to change things.

Twenty-nine out of her 33 controlled, scientific experiments on human intention involving her audiences around the world showed measurable, positive, mostly significant effects. “There’s no drug out there with such kind of consistent track record,” says Lynne.

After her global experiments with vast amount of participants testing the effect of human intention on, for example, seeds or water, Lynne began to scale her groups down to just a few and began to focus on health issues.

She wanted to find out if the number of persons involved with an intention session was of any significance. She put her participants in small groups of around eight people and taught them how to hold an intention for one of the group members.

Lynne says she was totally shocked to see what happened: people with severe health challenges reported complete healings. She was thinking that this was the placebo effect, but over and over again, many people in those small groups underwent instant healings.

Not only were there were instant healings, there were also mirror effects. Not only do the intentions have their effect on their targets, they also affect the intenders.

Such empowering and eye-opening results! Unconditional giving leads to receiving!

Lynne and I talked about so much more!

This is what you’ll learn from our conversation:

Would you like to know more about Lynne McTaggart? 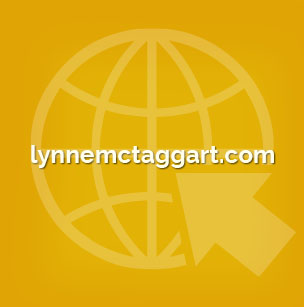 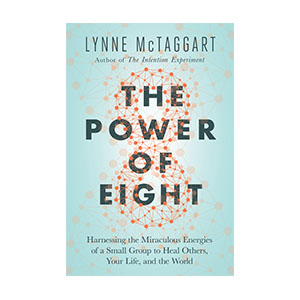 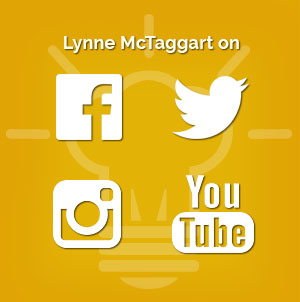