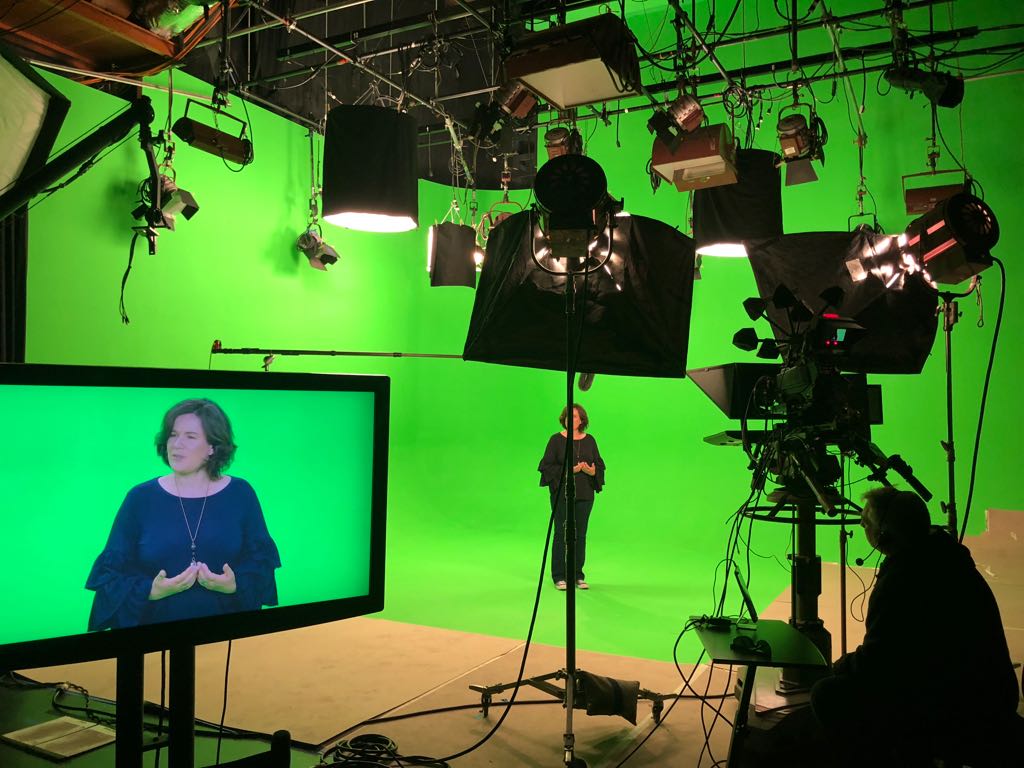 I’ve always been full of respect for film studios, green screens, teleprompters, production and post-production – and especially for what it takes to perform professionally in front of a film camera. It’s a world that both intimidated and fascinated me.

Last Thursday, I had the possibility to spend a day in a production studio in LA, watch different talents, and even film an introduction to my meditation (link) myself. It has been an unforgettable experience.

How that came about? I received it as a gift.

I have a very dear friend whose husband produces commercials. They asked me if I liked to come with them for a day at the studio. I didn’t have to think twice, of course I liked!

After watching several talents and my friend performing on camera it was my turn. The makeup artist had taken care of my skin and hair (a treat in itself!), my words were on the teleprompter, and I finally stood in front of the camera.

To my surprise, what I always thought as several sizes too big for me suddenly became doable. Here I was speaking my 30 seconds meditation intro! And I realized a few things:

I am able to do this. Not perfect (yet) but I can do it. How empowering is that!
Teleprompting is quite a cool thing.
Weirdly enough, I really like being on camera.

On that Thursday, my universe expanded quite a few miles and I became a little more my future self.

I am very grateful to have had this opportunity.