Do you feel a nagging sense of not being good enough when you make a commitment and just a few days later realize you went straight back to your old habits? Probably at one or several times in your life you doubted your mental strength, or even wondered if you had mental strength at all.

Mental strength can be developed

In her book “13 things mentally strong people don’t do – Take back your power, embrace change, face your fears & train your brain for happiness & success” psychotherapist Amy Morin sends out an encouraging message:
“It’s not that people are either mentally strong or mentally weak. We all possess some degree of mental strength, but there’s always room for improvement. Developing mental strength is about improving your ability to regulate your emotions, manage your thoughts, and behave in a positive manner, despite your circumstances.”

Strengthening our emotional and mental powers

While we often focus solely on desired outcomes for the future, Amy sets a powerful counter-weight to give our actions towards our dreams even more momentum. She shows that dealing consciously and consistently with our sabotaging behaviors strengthens our emotional and mental power to pursue the changes and dreams we desire so much. It’s about becoming our future self by not only focusing on our dreams and visions but also about becoming very aware of the many little and not so little things we’re doing that are getting in our way.

Here is a taste of the “13 things mentally strong people don’t do”:
They don’t waste time feeling sorry for themselves
They don’t give away their power
They don’t shy away from change
They don’t focus on things they can’t control
They don’t worry about pleasing everyone

Often what is hiding behind a little “bad habit” isn’t so little and needs to be and understood. Yes, this might take some courage. And yes, this is not a leisurely stroll through the Central Park of our consciousness, but isn’t it better than regularly falling back into old habits and beating ourselves up (again) afterwards? This takes a lot of energy, too!

“13 Things Mentally Strong Parents Don’t Do” is coming out this September!

We have something to look forward to: In September Amy Morin’s new book will be released! It is called “13 Things Mentally Strong Parents don’t do”.

Are you Interested in knowing more about Amy Morin? 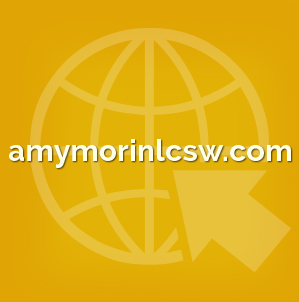 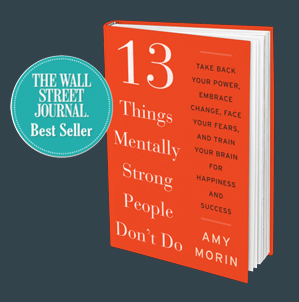 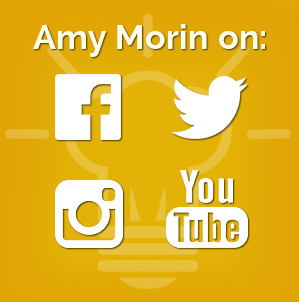